Spring is coming but no one sure told Mother Nature. The next two weeks we are supposed to be in the teens out here in the country and some of the driving of late has been very scary.

On days like that, you want to just come home, put on your cozy stockings and wrap up in a blanket near the fire. Onward to March's block, the stocking. 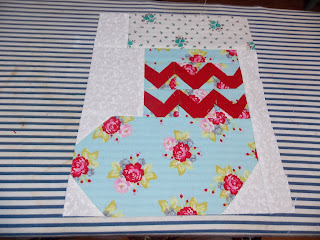 If you are following along in the book, this is Month 8 I believe. After putting the first one together, I suggest creating the cuff and the foot portion first and then tackling the body portion as there are so many small fiddly parts to deal with.

The cuff is very simple in that you simply sew a background square to the cuff rectangle and press to the cuff material. 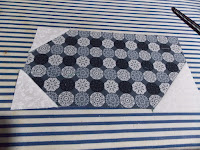 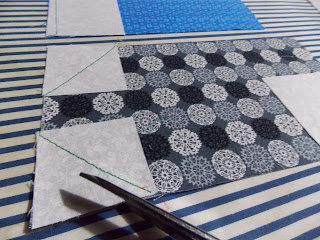 The body is where this becomes a little more challenging. It's not that it's hard, it just that the pieces are so josh darn small. We are going to have some very small squares attached to some very small rectangles. For flowered stocking, I actually used a very small scrap I had left and used it all up. 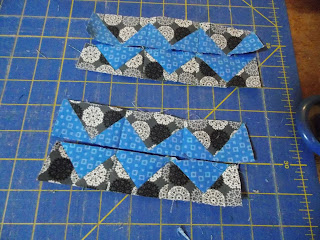 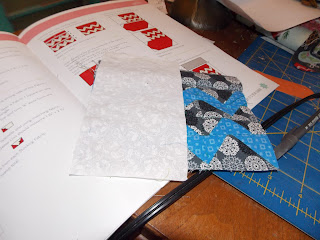 
Once you've made this unit, do so to the other unit and sew them together on the long side. Press.Square it up and add the long rectangle piece to the left of body piece. Sit back and have a nice beverage.

Congratuations! You've just completed the most difficult part of the block! 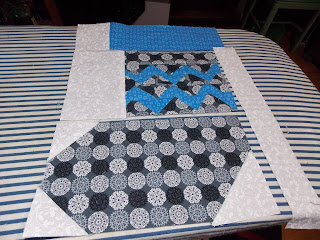 Now sew the foot to the body and press. Add the small long rectangle of background to the right of this unit. Press. Add the cuff. Press. 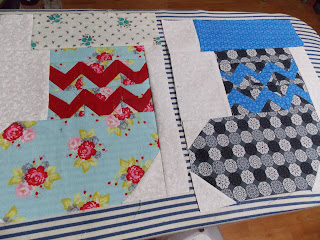 This came out really good and while it's a little tricky with the small parts, it's actually a very satisfying block build. It makes a big block and would be cute even made into a small pillow for the holidays. 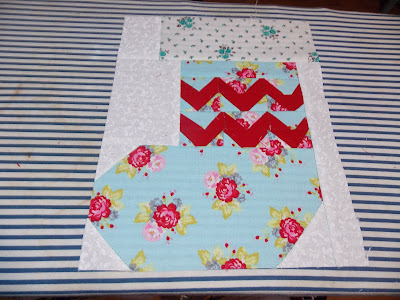 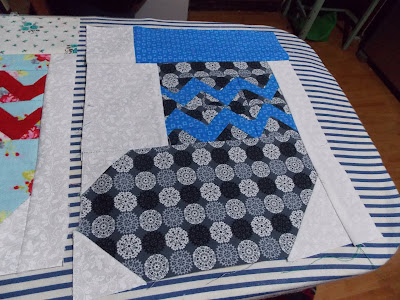