At this point I figure I have the most expensive eggs in the world.

But finally, the chickery is done.

I typically post every week but there has been a lot of silence on the blog as of late.

Every waking moment has been dedicated during the weekends to this project.

And not a moment too soon. As I was painting it, snowflakes were falling!


It became readily apparent as soon as we got our coop together that we bought on Amazon, that  it wasn't going to last the summer let alone get through our hard western New York winters. It started falling apart before we even got finished building it. 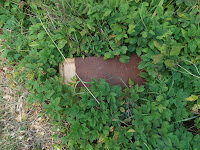 There are pieces of it all over my yard..

I bought this book. 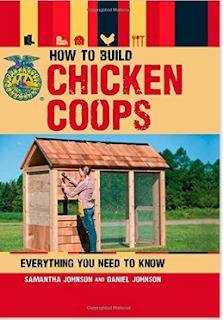 We decided to make the coop a bit bigger because the initial plans were for only four birds and I had six. Then our friends who had offered to help (and had much more chicken experience then us) pointed out that we would be creating a death drop of a run if we simply made more house than coop. It was never supposed to be this big.

Before we started I called my local village enforcement office . As long as the coop was less than 10'x10' we didn't need a permit I was told.

Every weekend found us working on the coop.

This weekend we put the final touches.

There are still some cosmetic things I'd like to do, but at this point the girls could move in.

Or I could  rent it out. It's about the size of a small apartment in NYC.... Maybe recoup my investment?

Our friends originally anticipated that it would take 1/2 a Saturday to build a coop. Six weeks later we were still building this.


This weekend we finally  put up the ramp and the handle on the door. 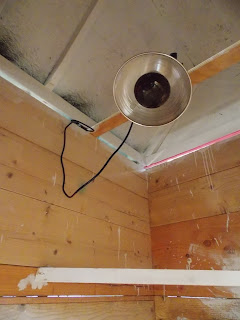 The heat lamp is clamped down tight high up and roosts are built.

It got so cold this weekend the paint wouldn't even adhere to the door.


But this week is supposed to get a bit warmer so I can finally get that done and move the girls in. 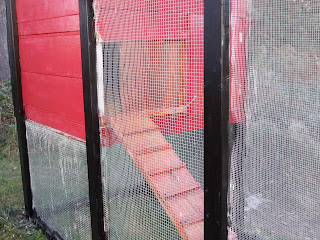 I feel like we've all been through the wringer but we all feel better that the girls will have a permanent home over the winter.


And I won't have to worry about "Chicksicles".

All buckled down for a long winter.